Publication 150 Years of the National Theater

The year 2018 is one of many important anniversaries. One of them tells the story of the National Theater, which began to be written 150 years ago. In 1868 there were laid the foundation stones of the theater, which became a symbol of the reborn Czech identity. There are 23 base stones and the stone no. 2 – the basalt broken out from the rocks of Říp – we chose together with the digits 150 for the leitmotif of the annual publication.

The detail of the stone can be found on the publication cover and in the luxurious gift box, where the structure of the stone was embroidered into a special graphic cardboard. The inside of the box is in the traditional theatrical red, which irritably contrasts with the gray basalt. The color scheme is applied also in the publication. It was Činčera Studio who helped us with creation and realization of our stone excentricities. 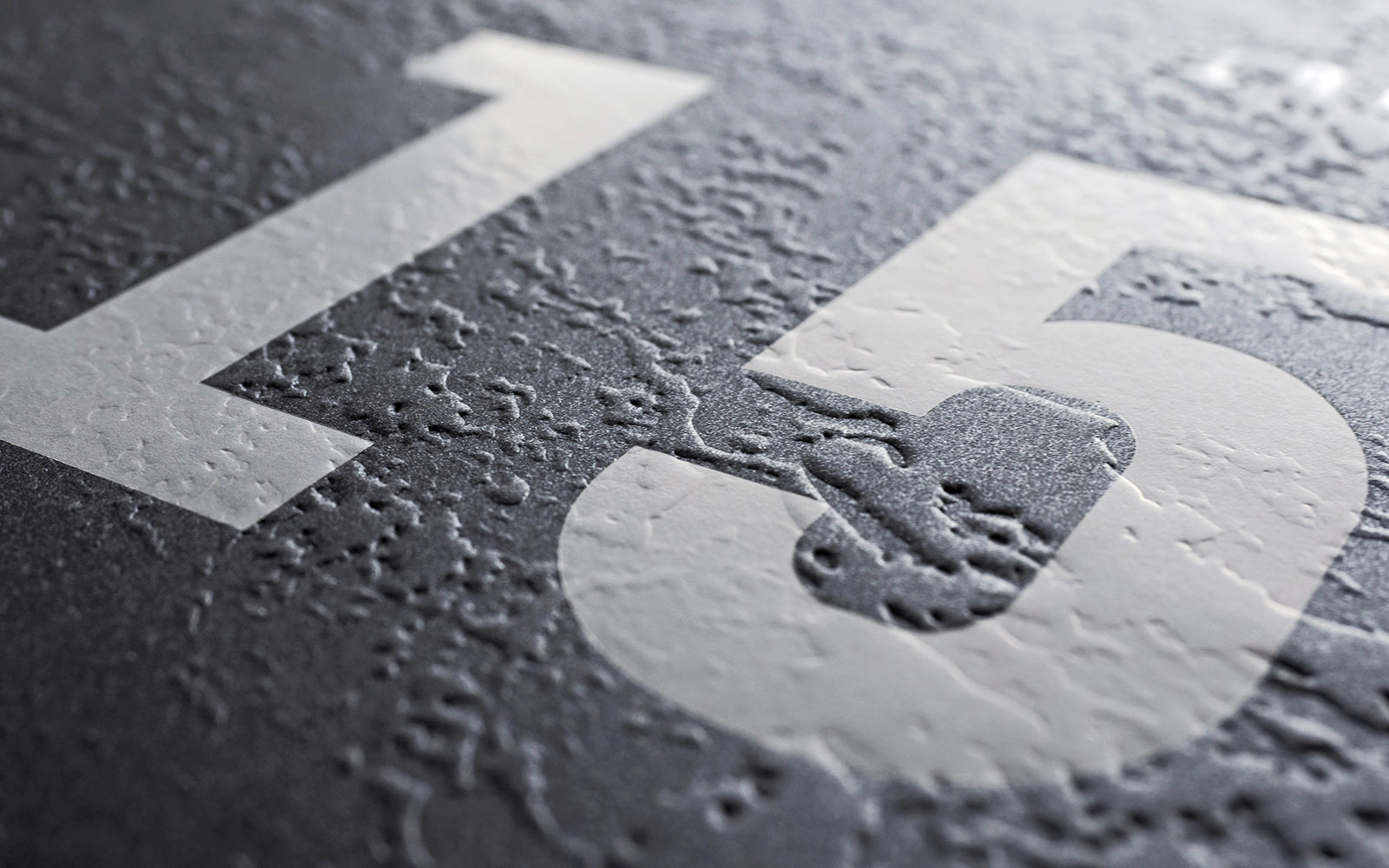 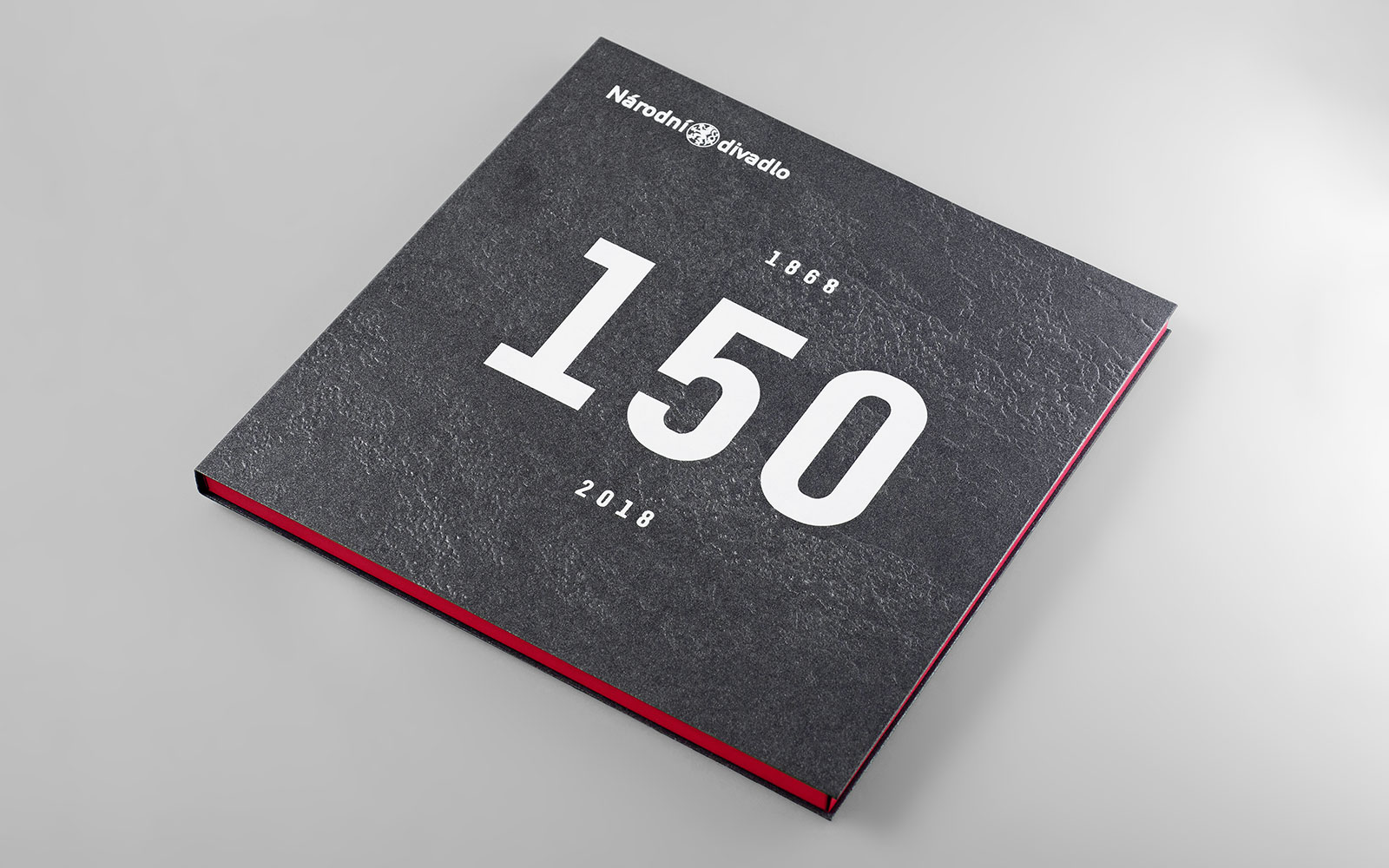 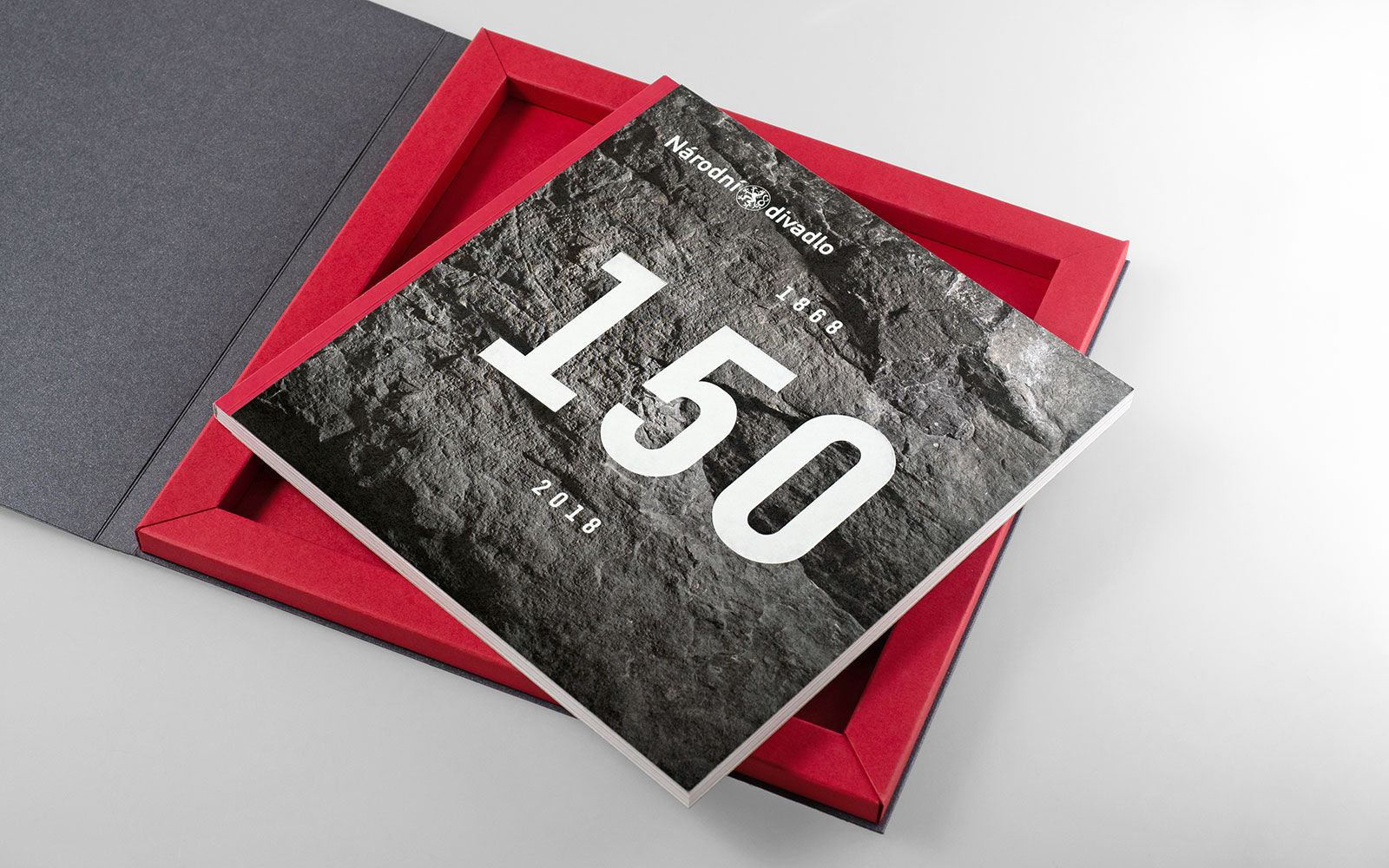 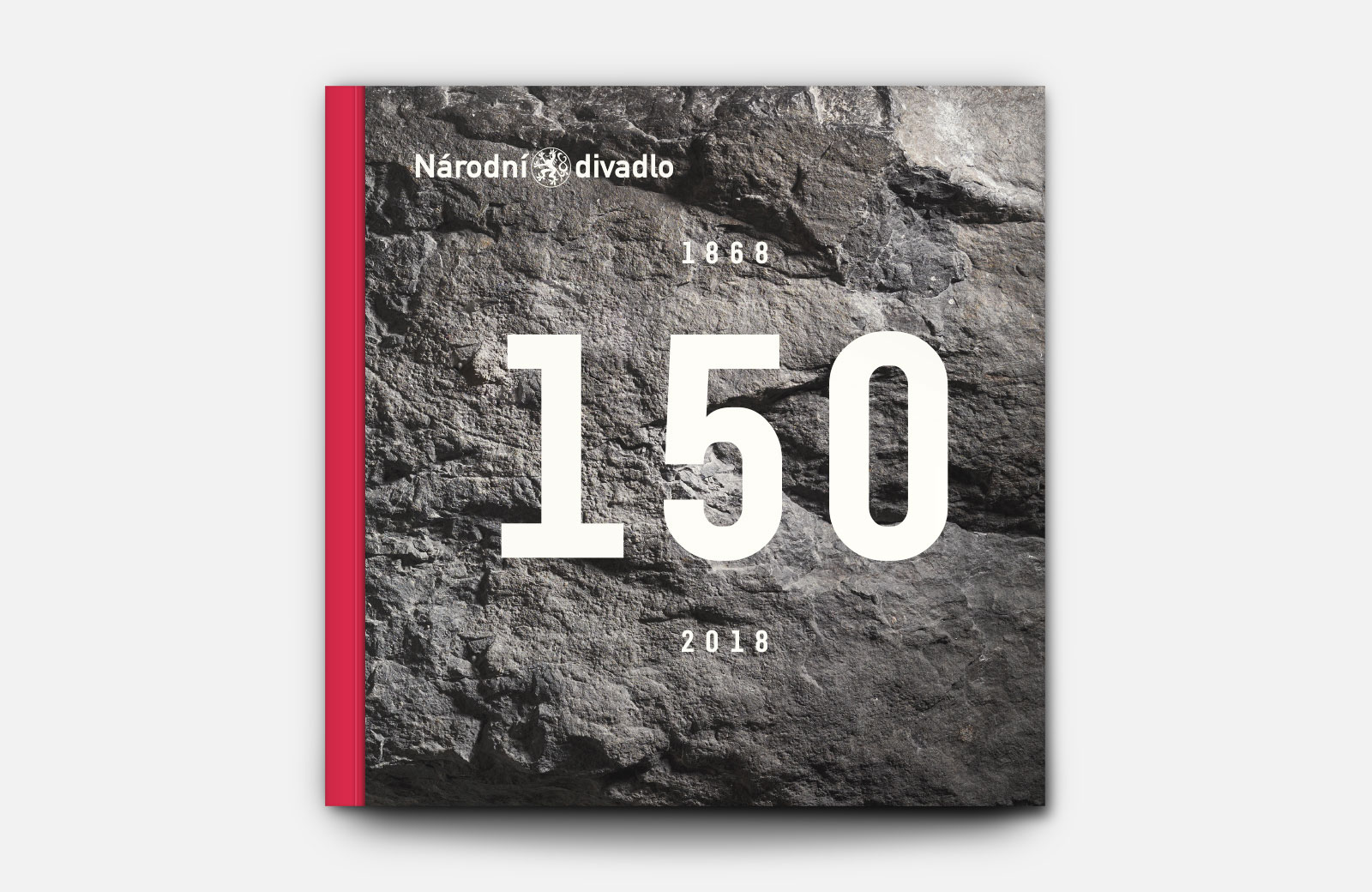 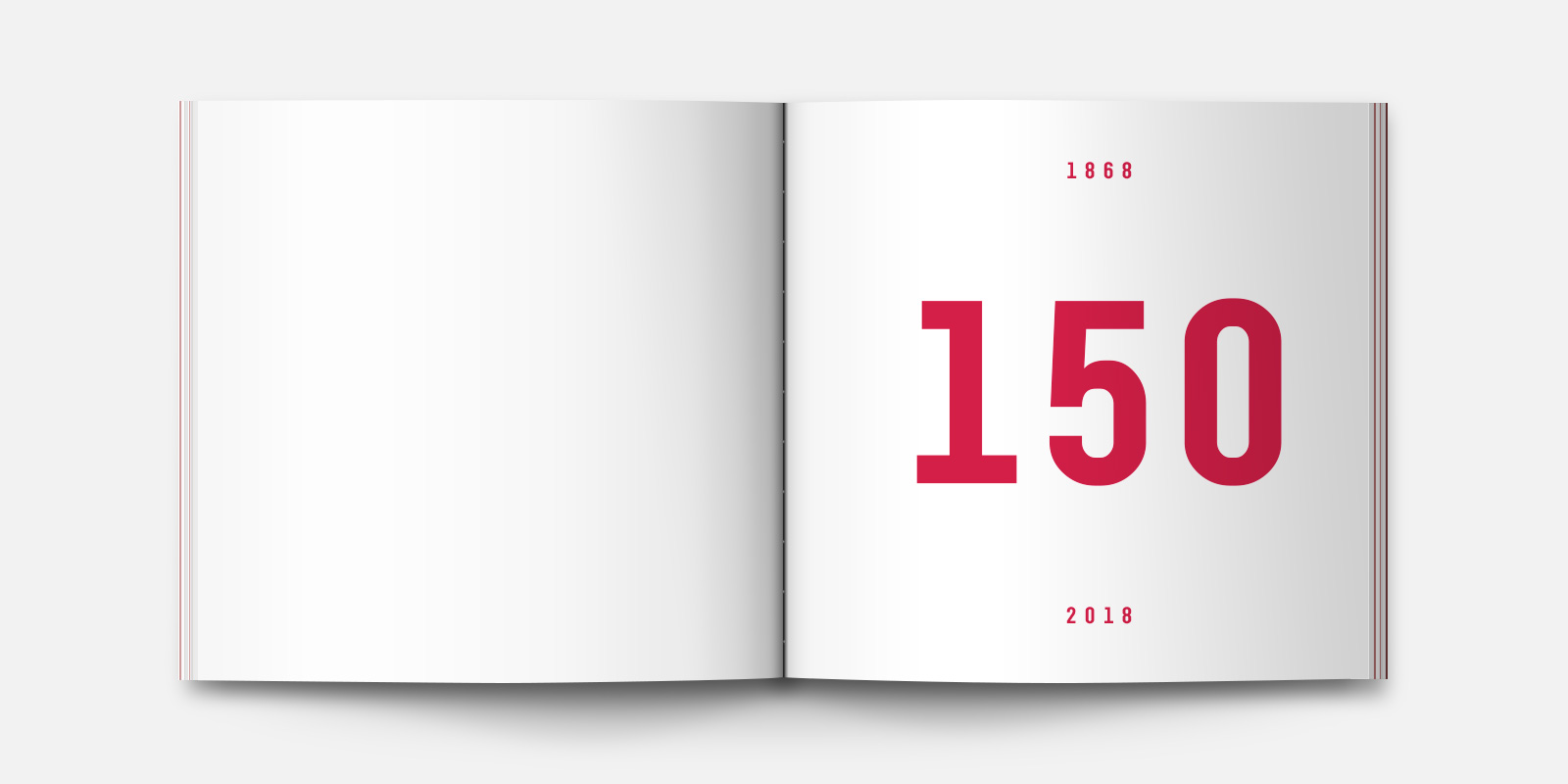 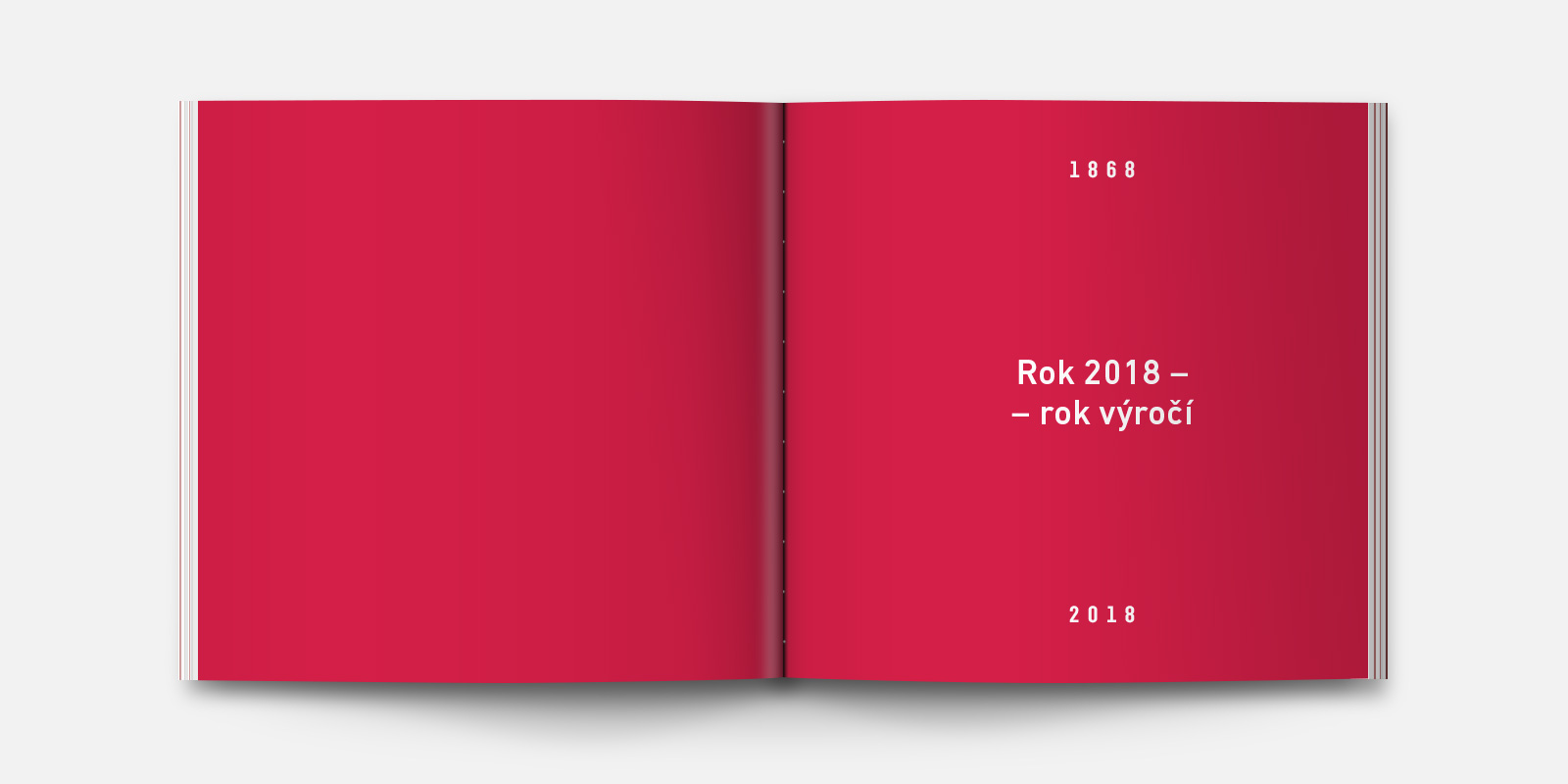 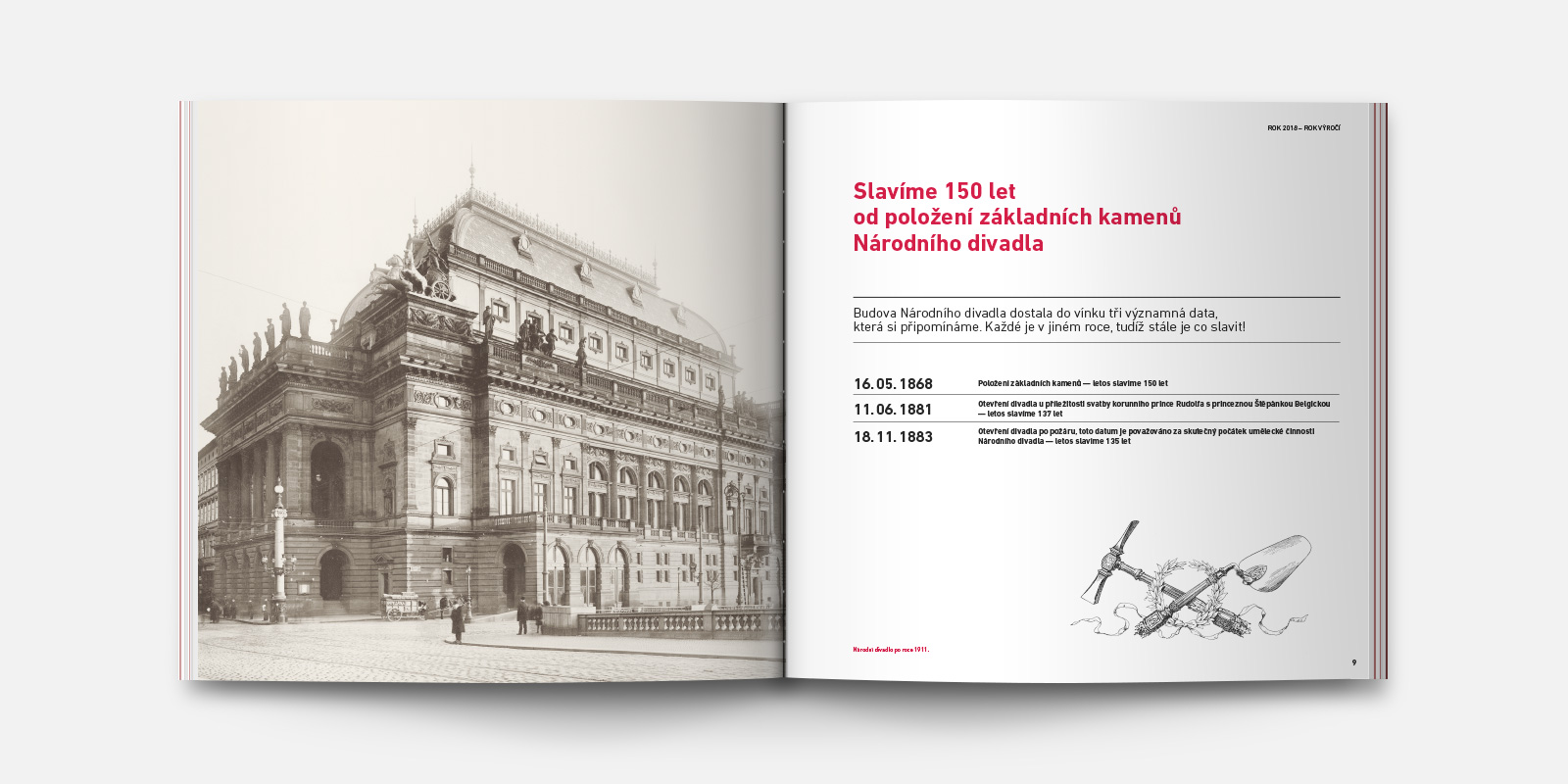 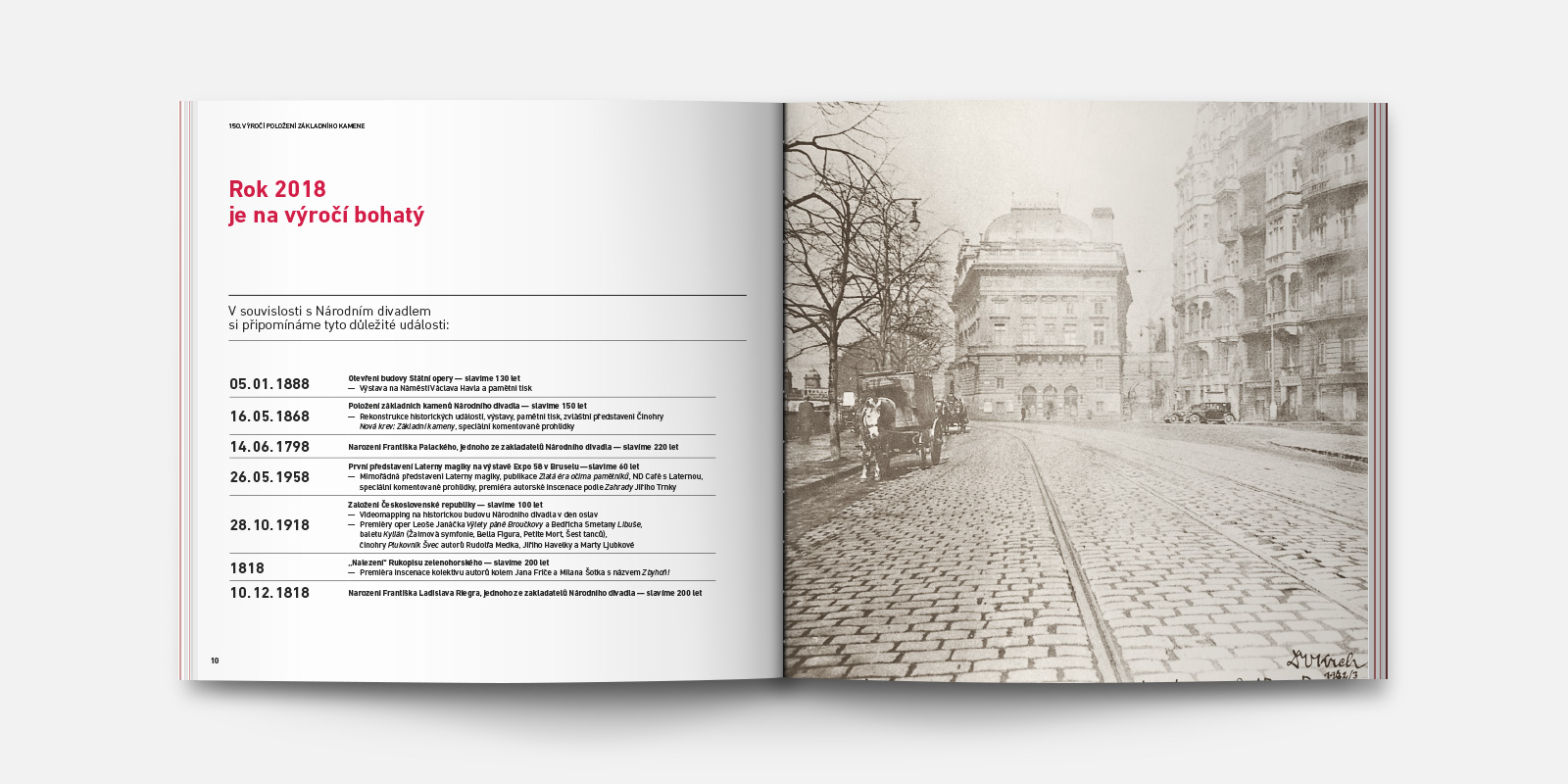 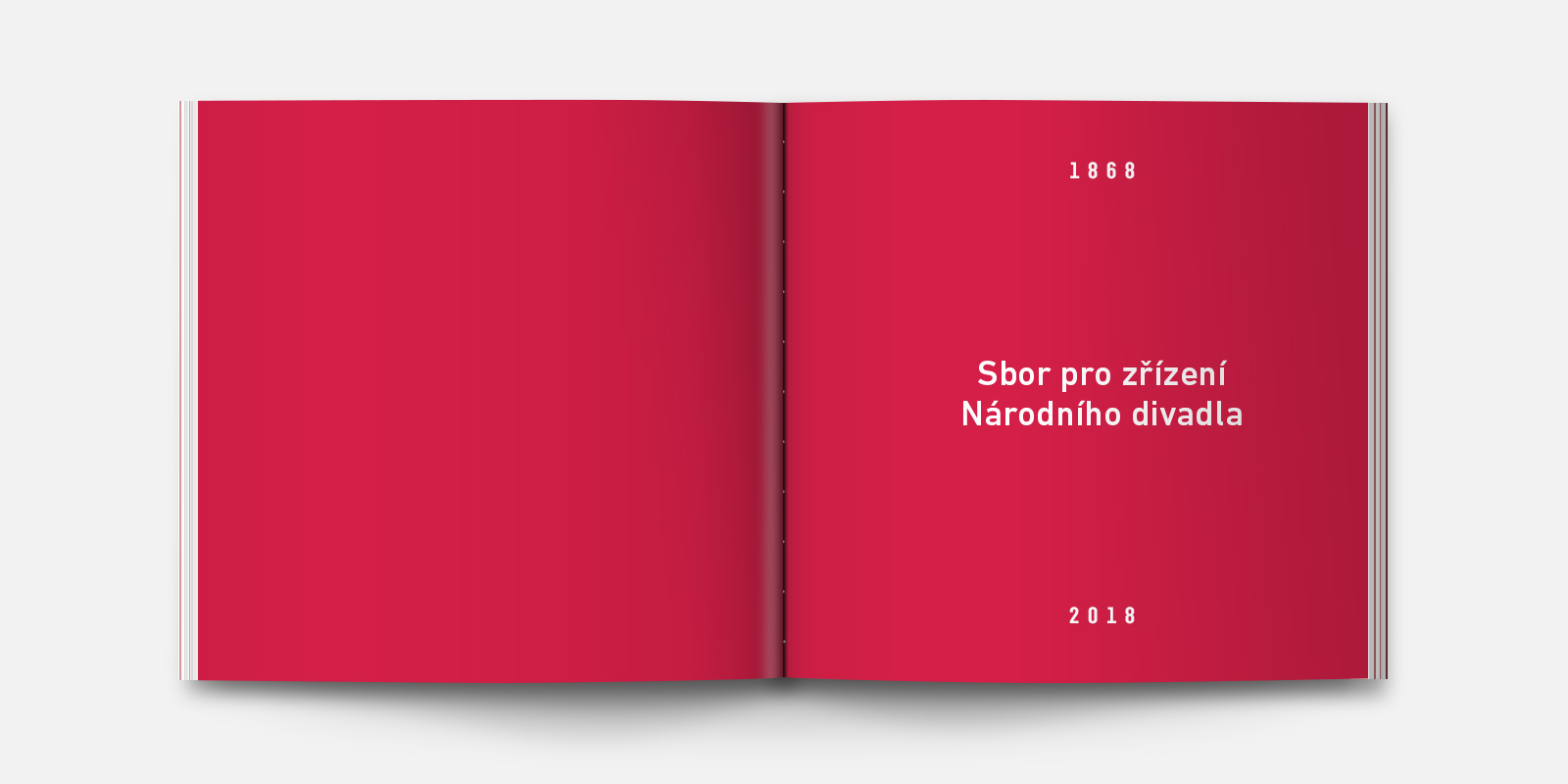 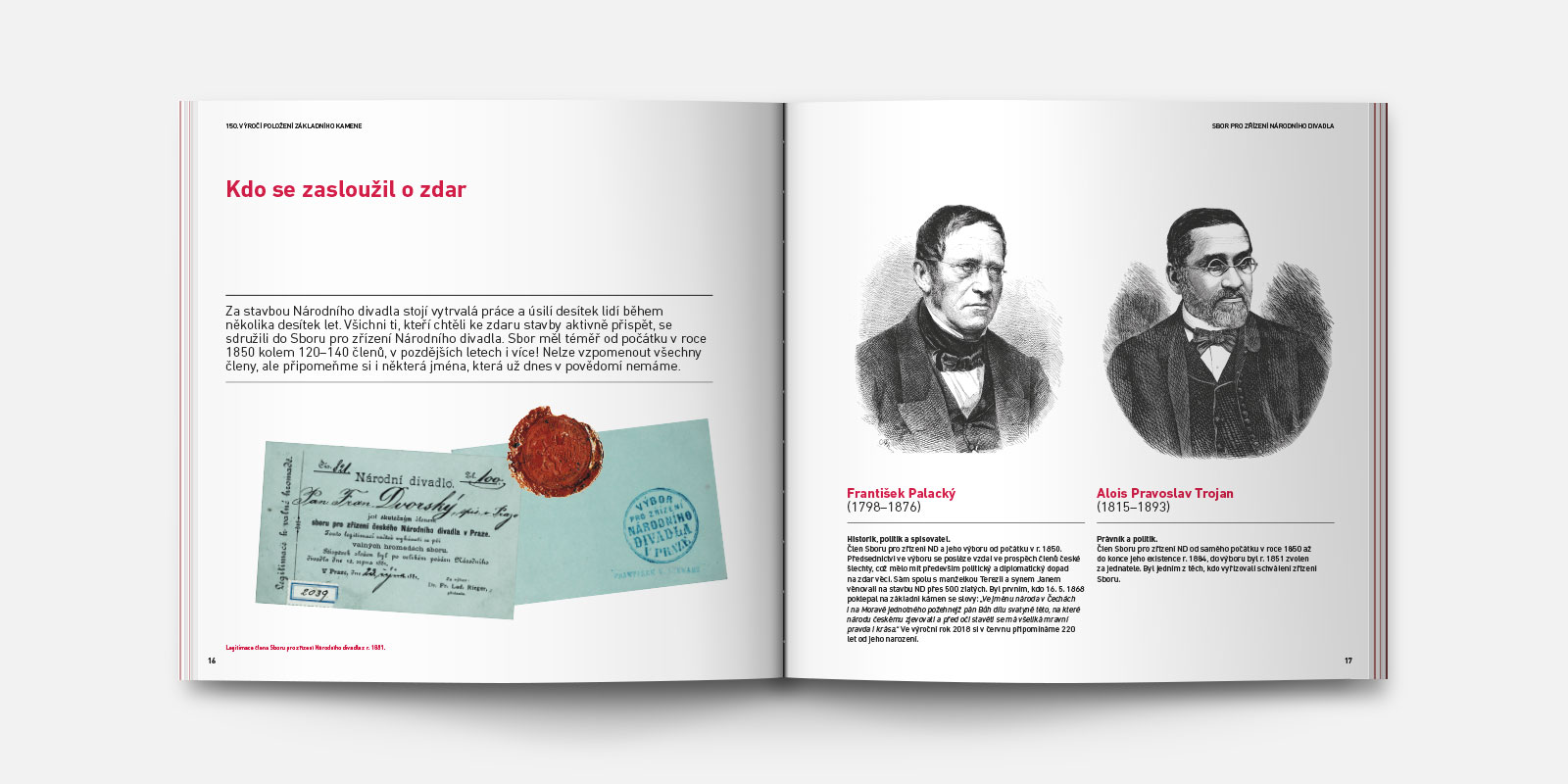 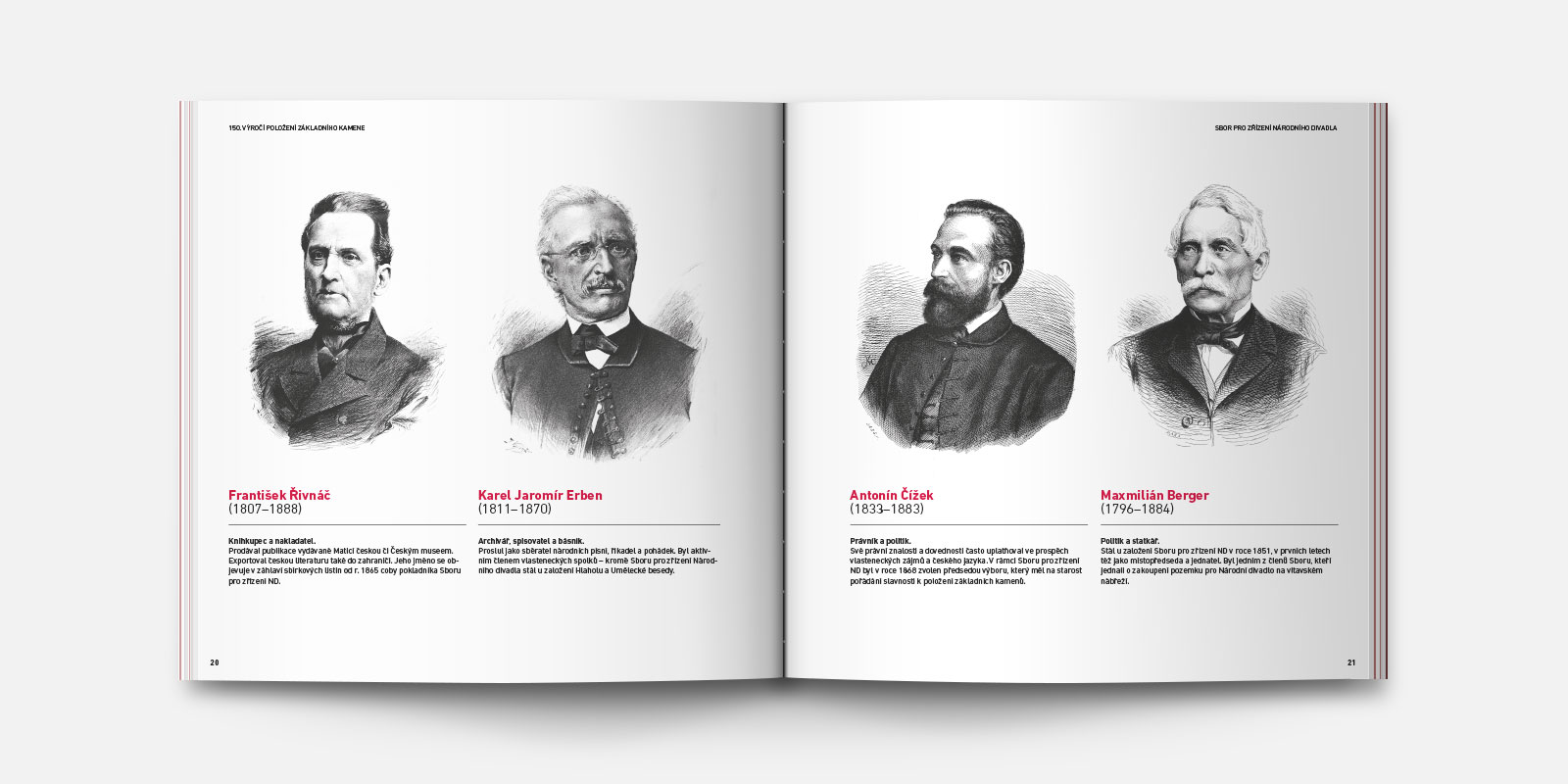 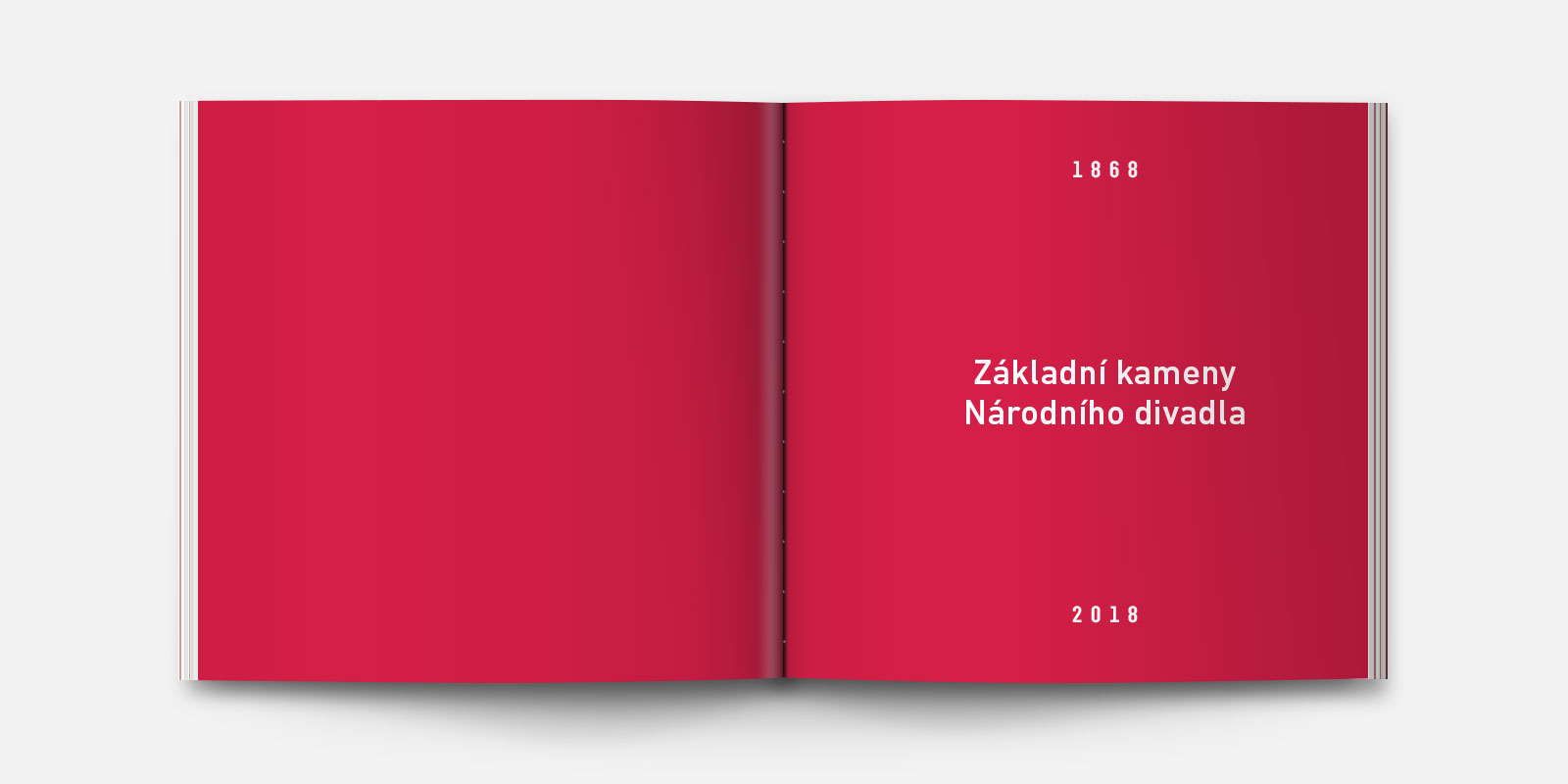 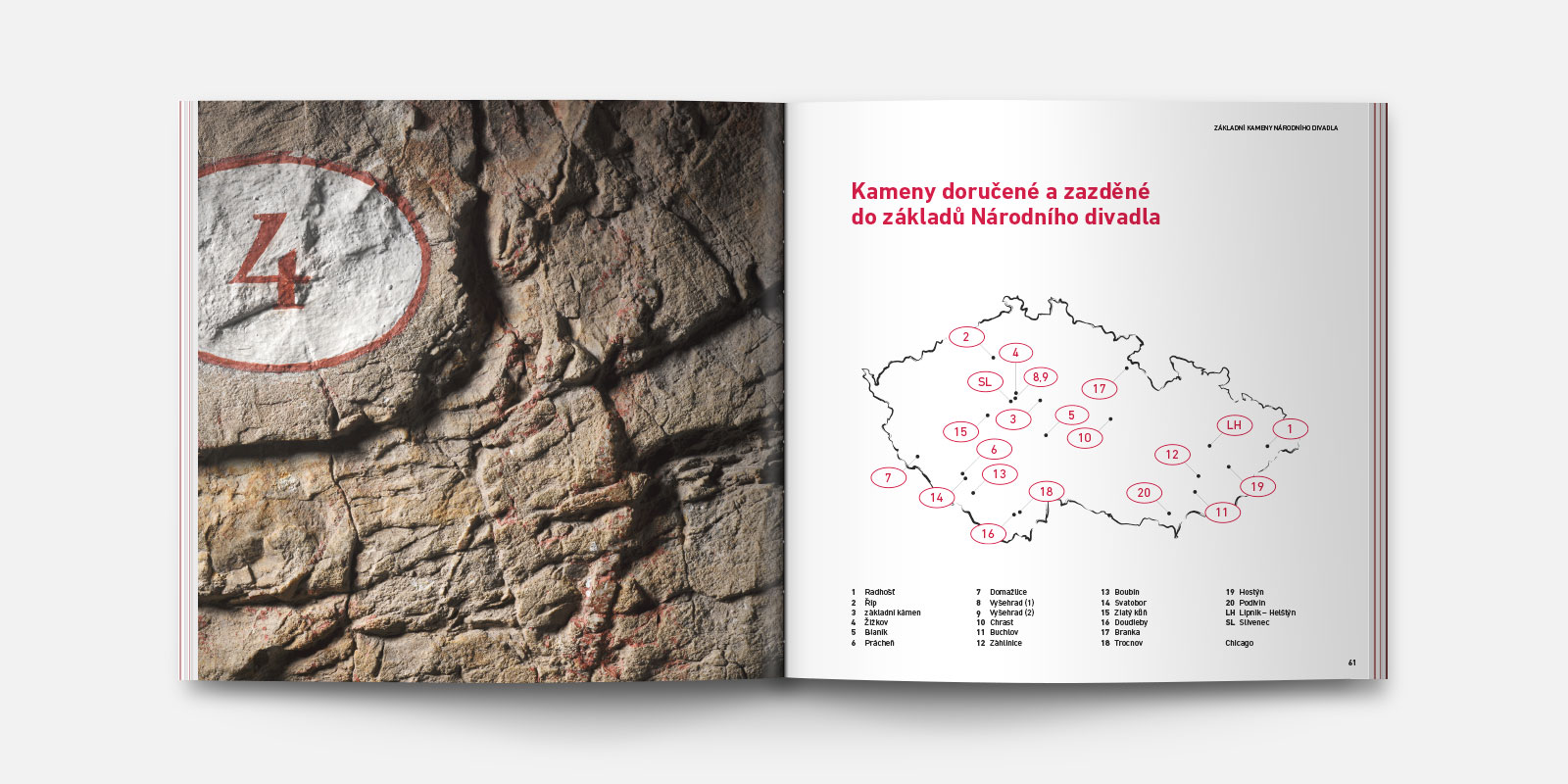 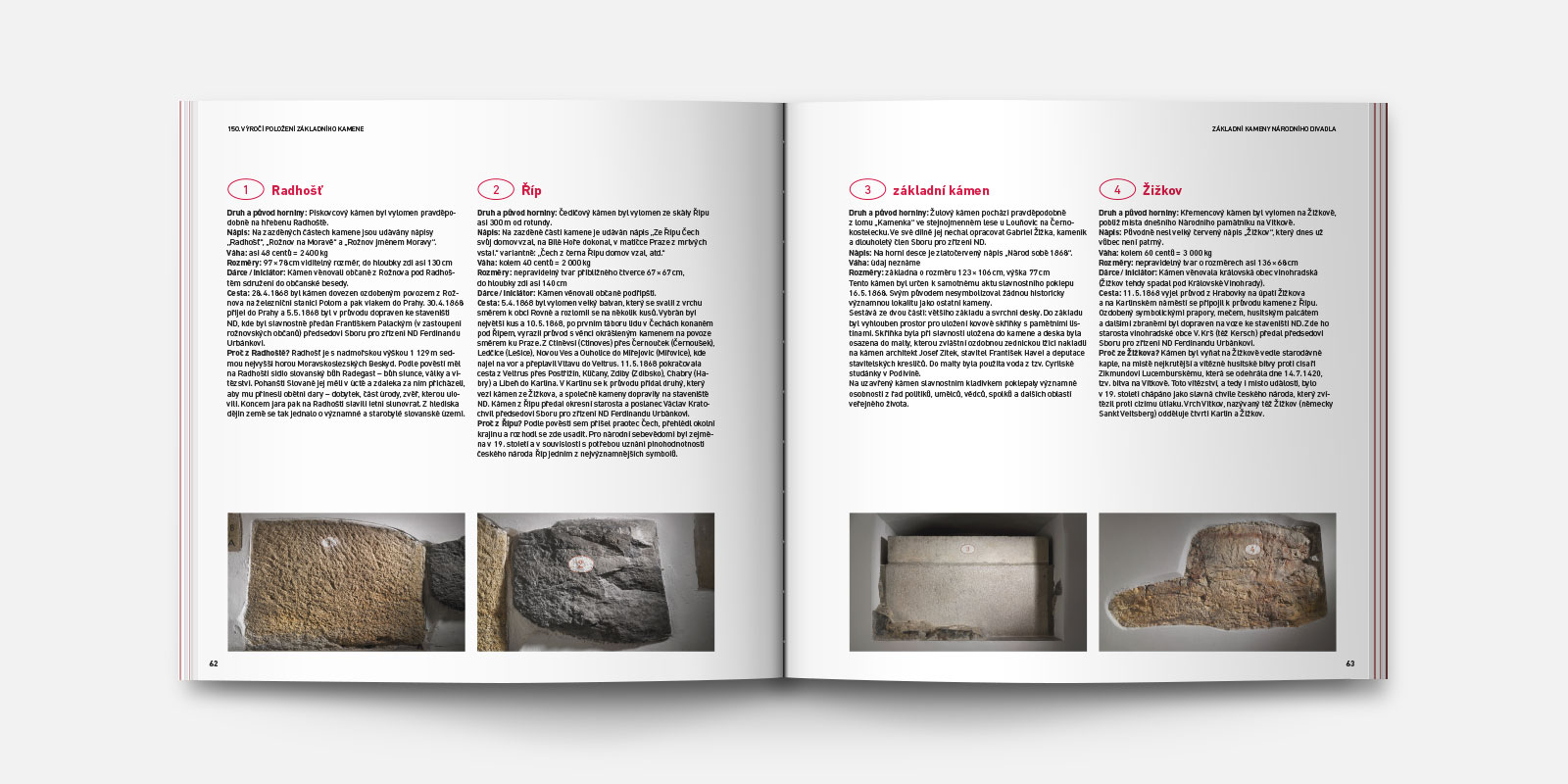 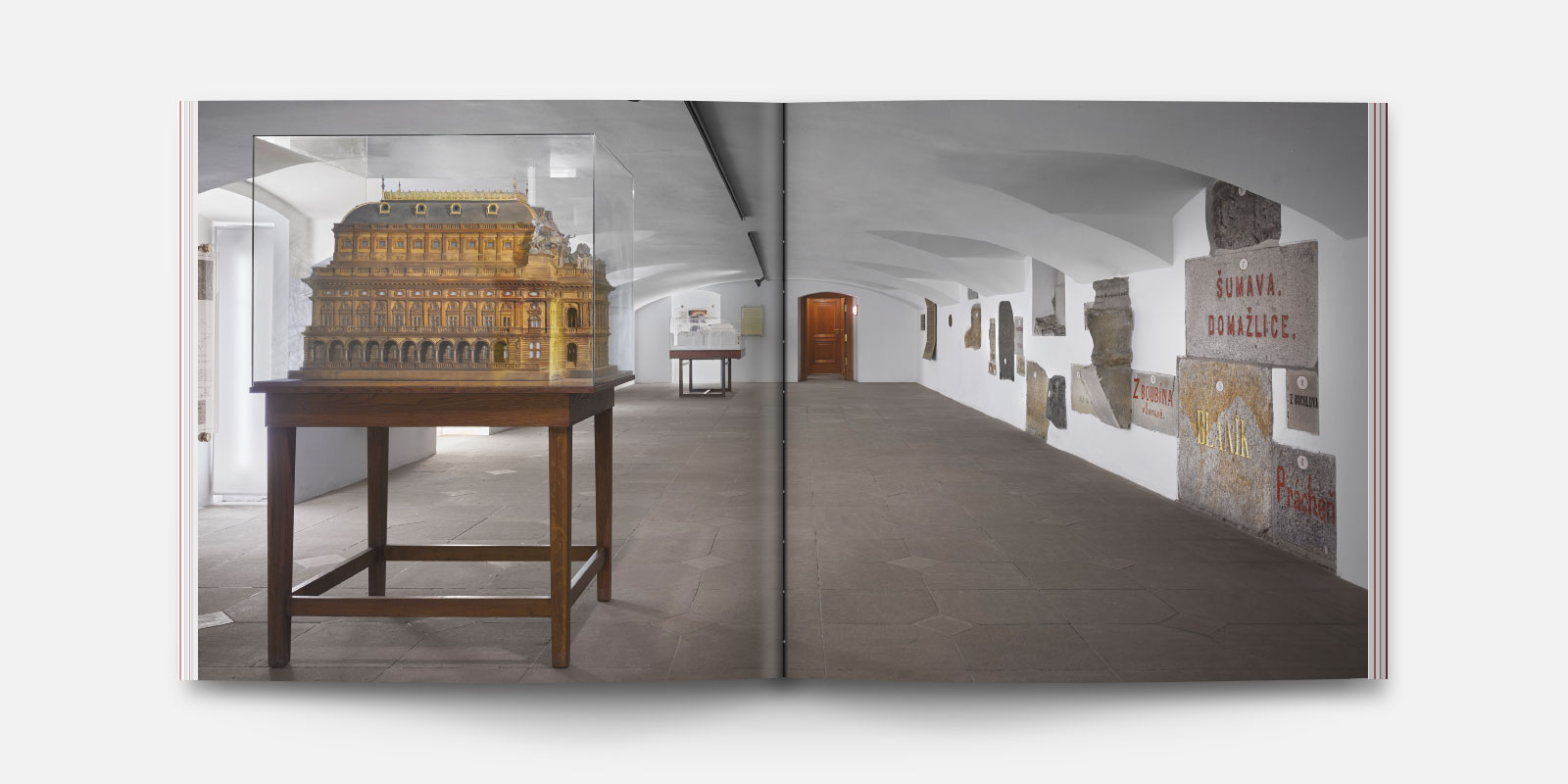 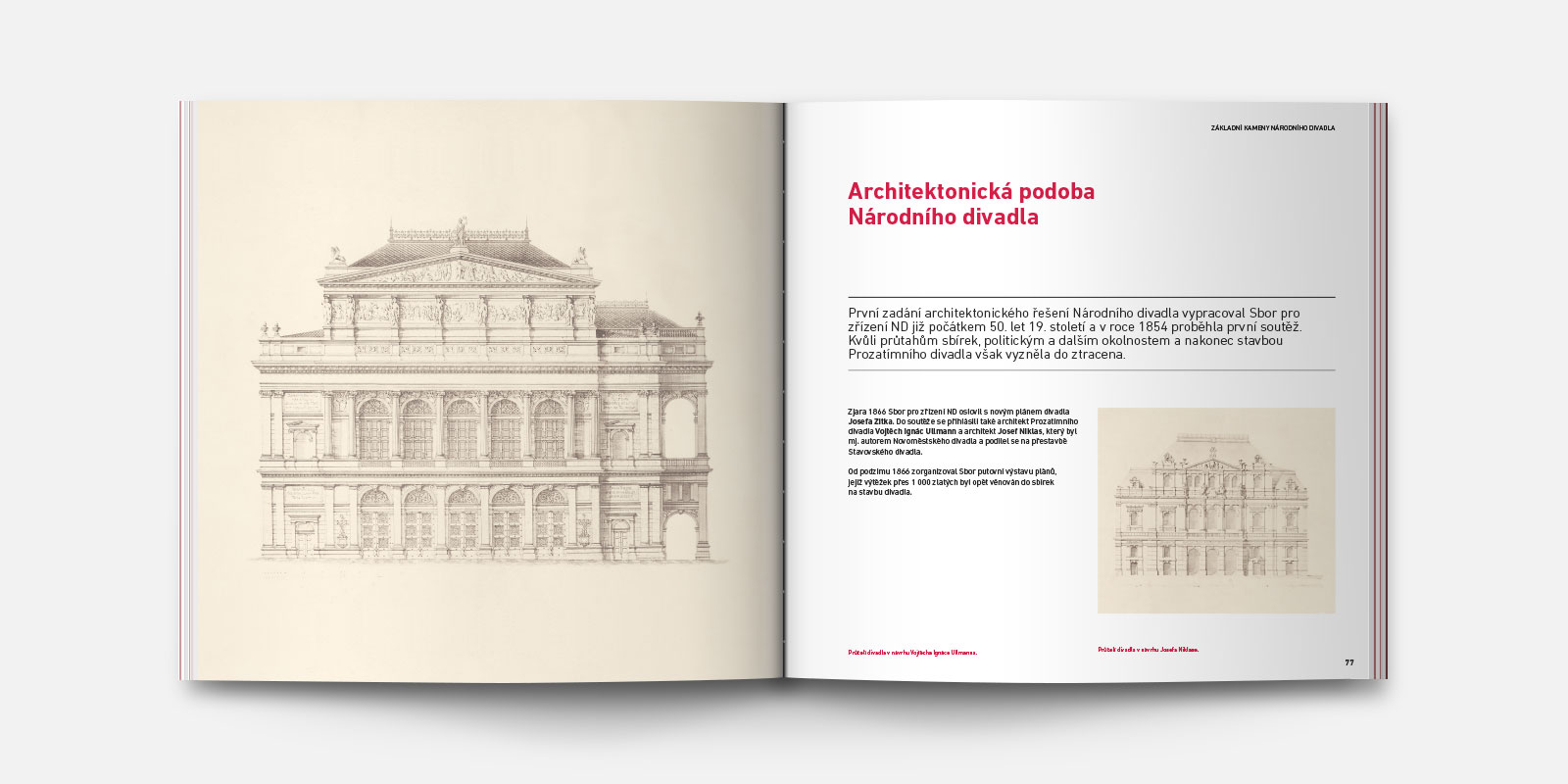 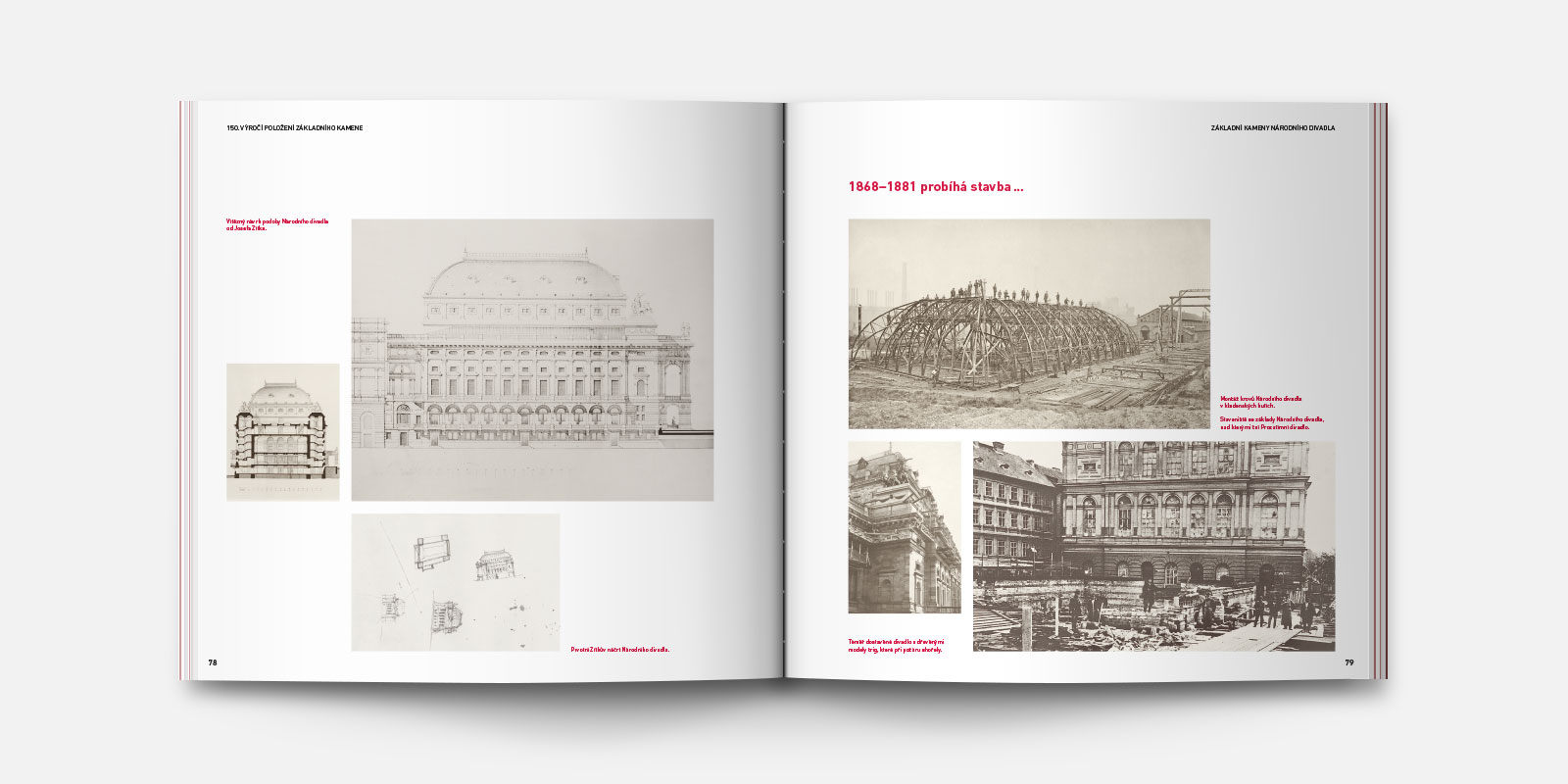 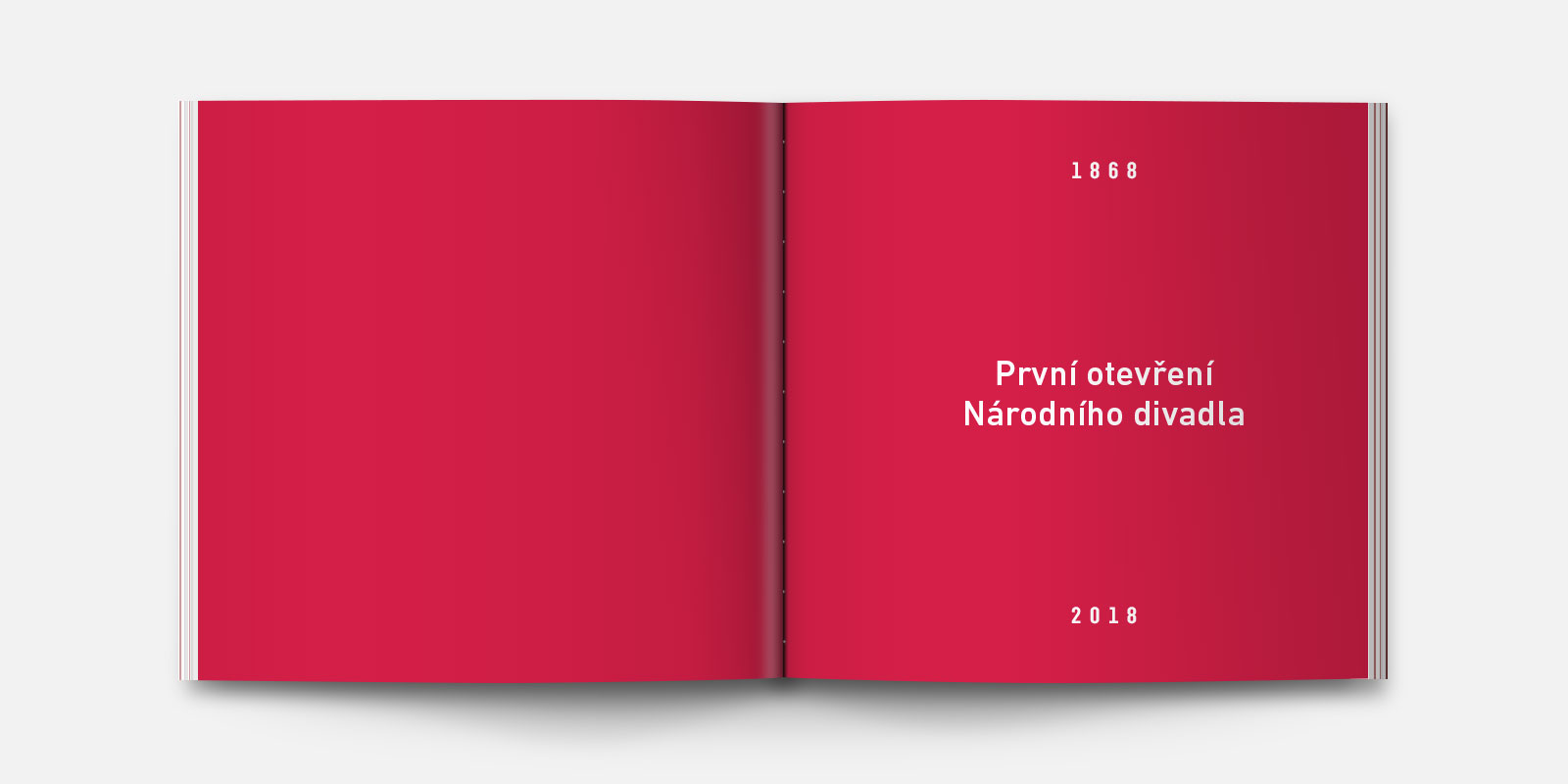 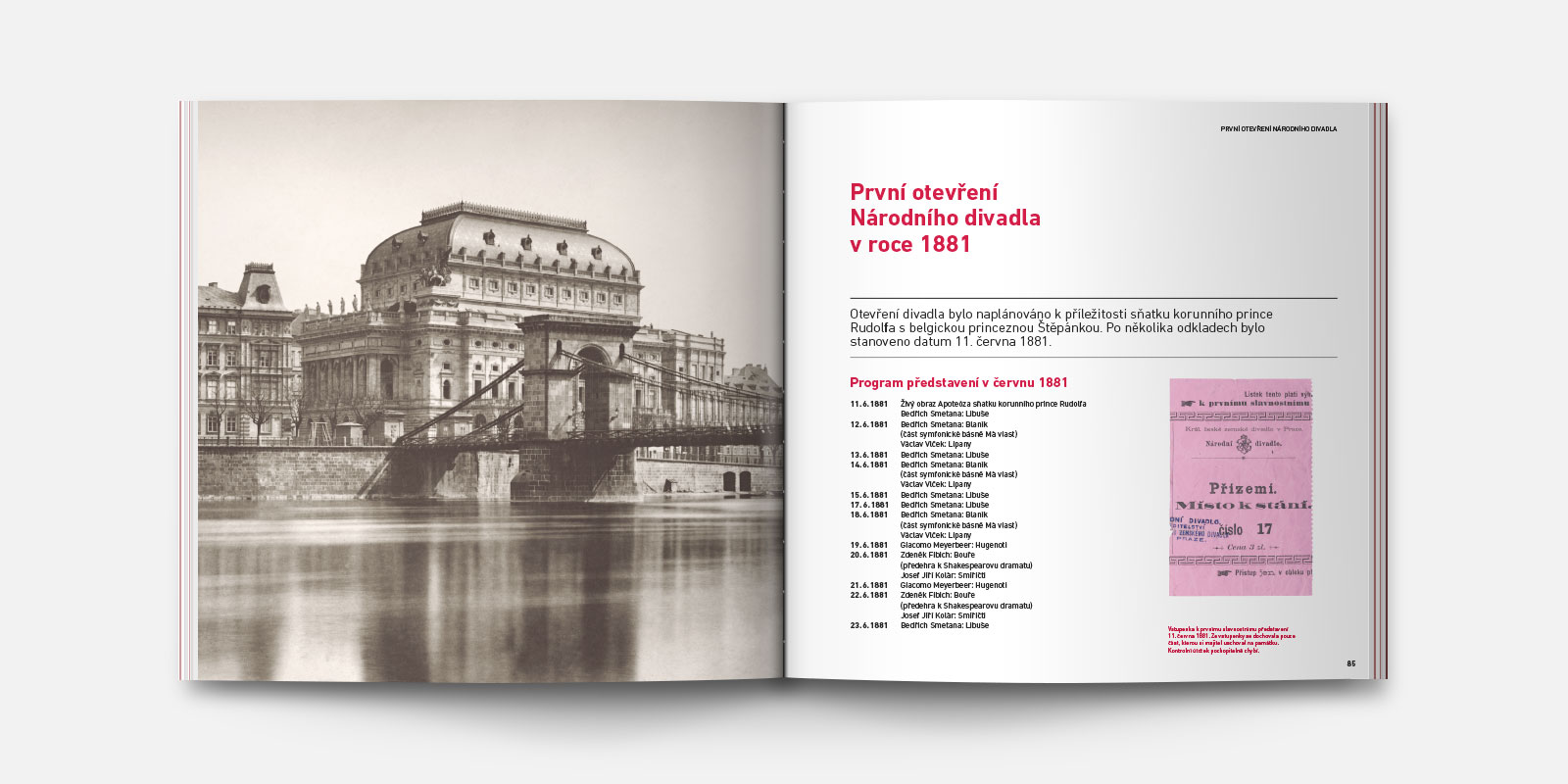 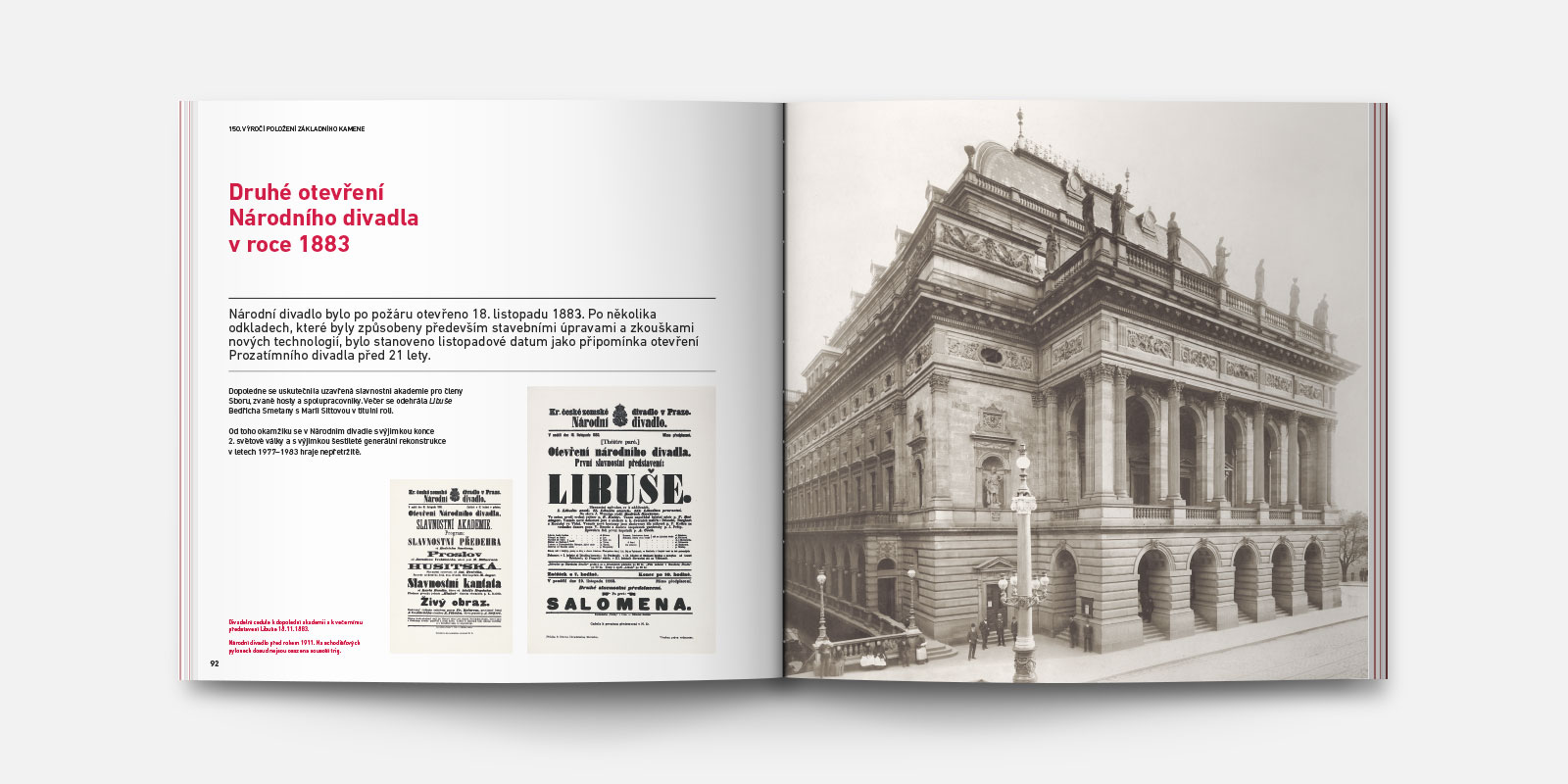 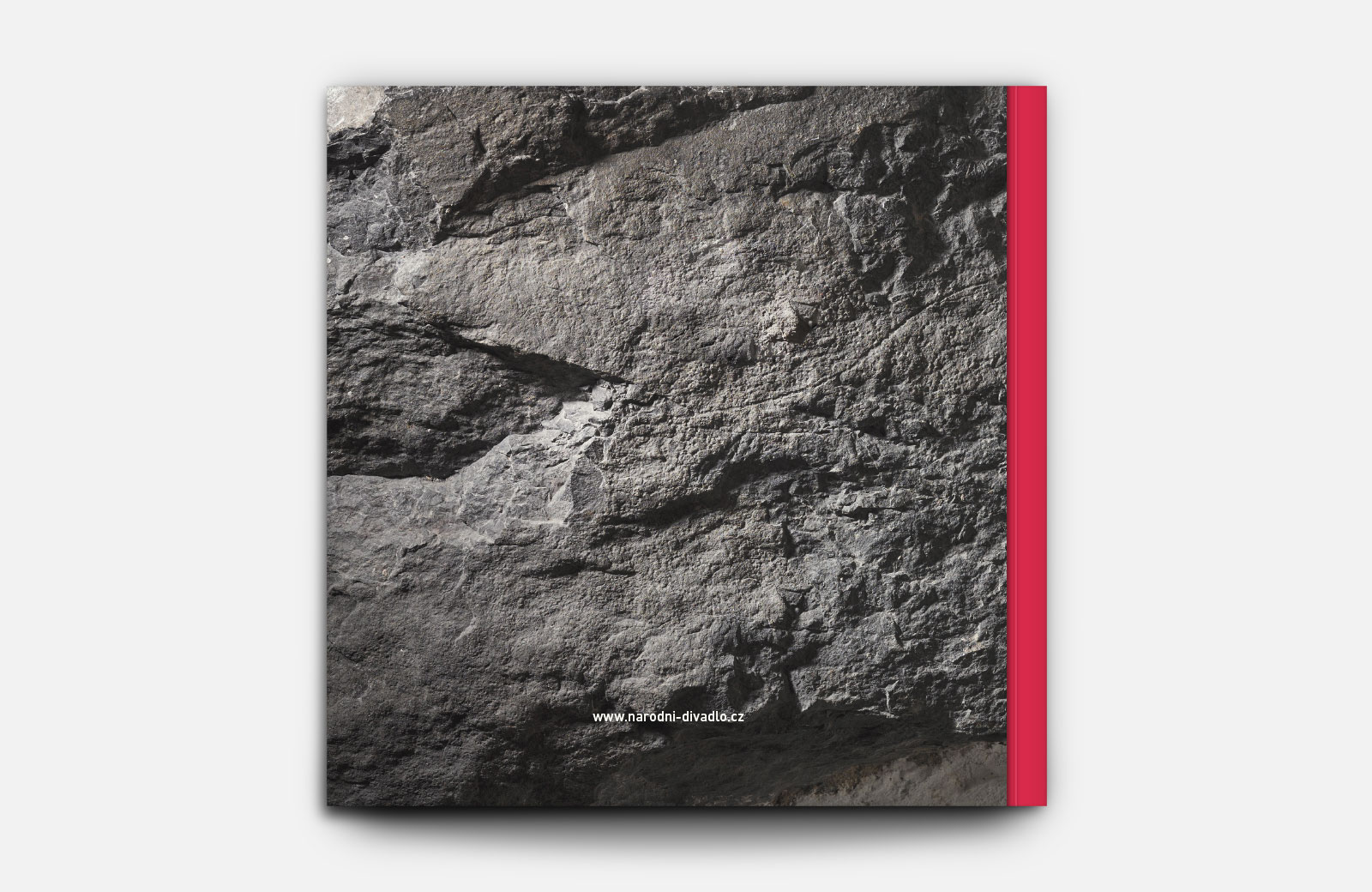 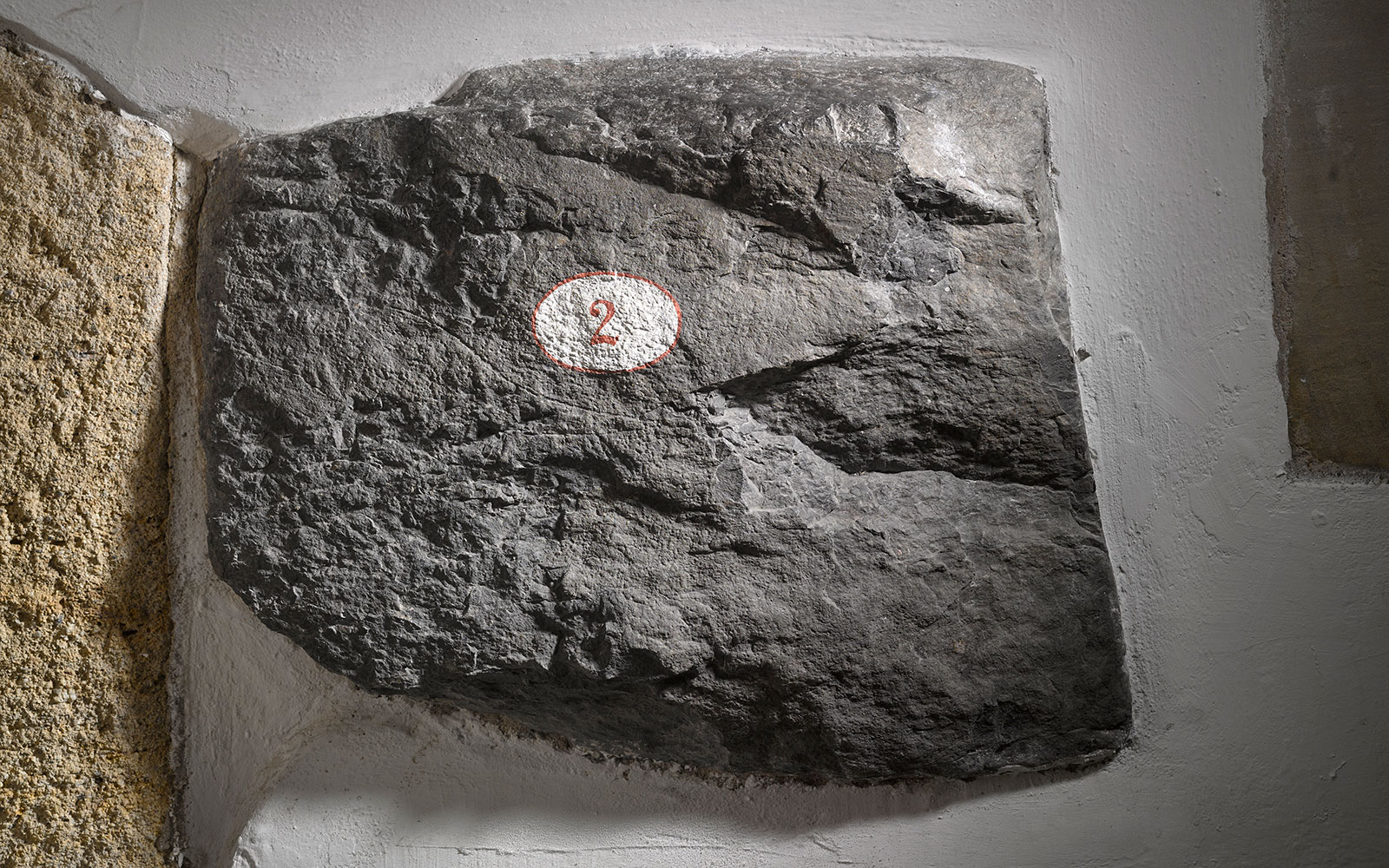